I've enjoyed participating in this swap for the last few years.  The 2014 edition is just finishing up, and since my part of the swap is complete, I thought I'd show off what I sent and what I received.

This was the quilt I made. I started it quite a while ago, forgot about it, and then rediscovered the center part (hummingbird and yellow border) in one of my "orphan" bins a couple of months ago. Hmm... why not finish it up for the swap? 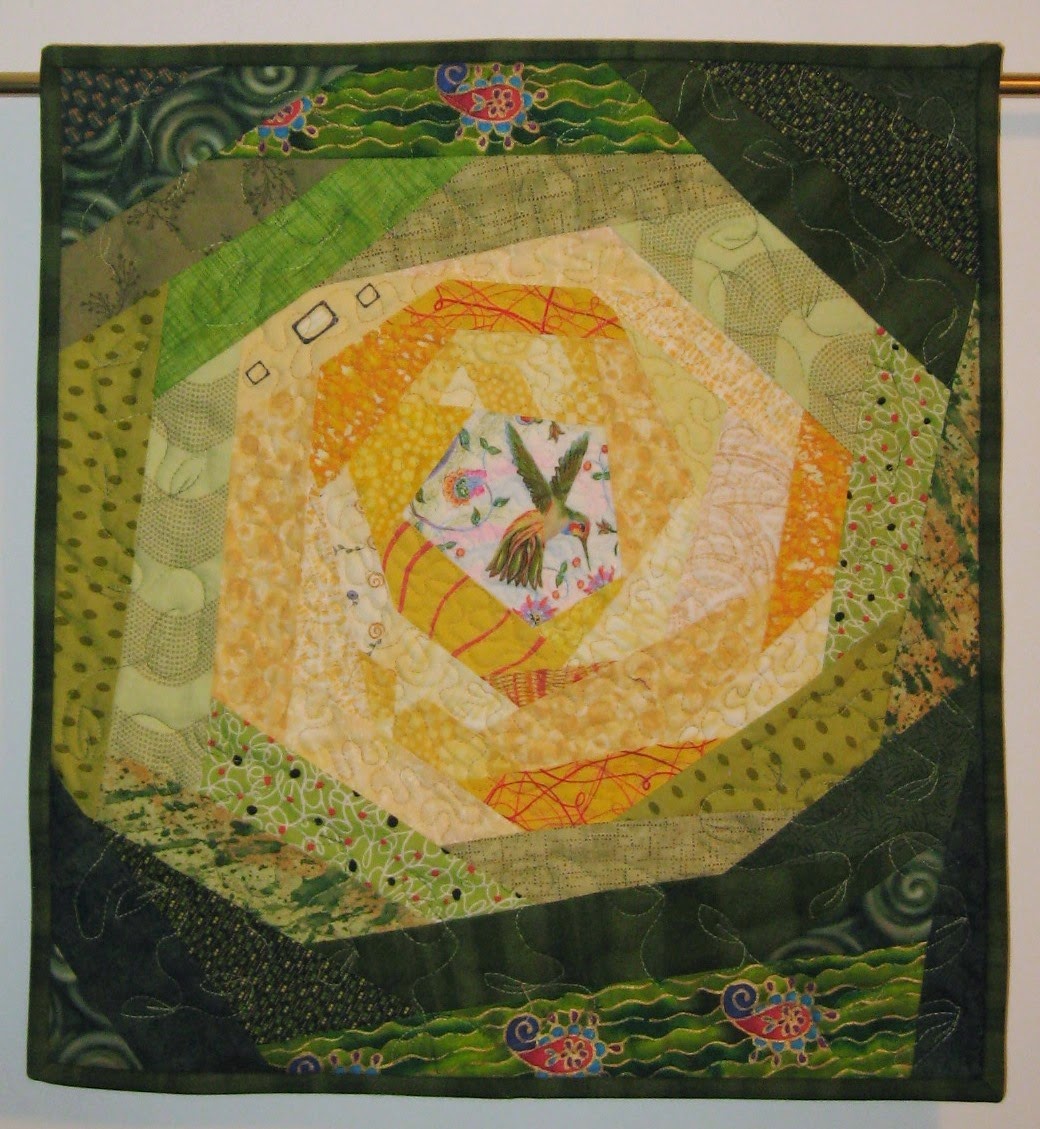 And this is the quilt I received -- it was made by Wil Opio Oguta of The Netherlands.  I was especially interested in this one because my husband works in wind energy -- his eyes lit up when he saw it.  The four large patches have faint photos of old-fashioned windmills; it's very effective and I'm so happy to have received it! 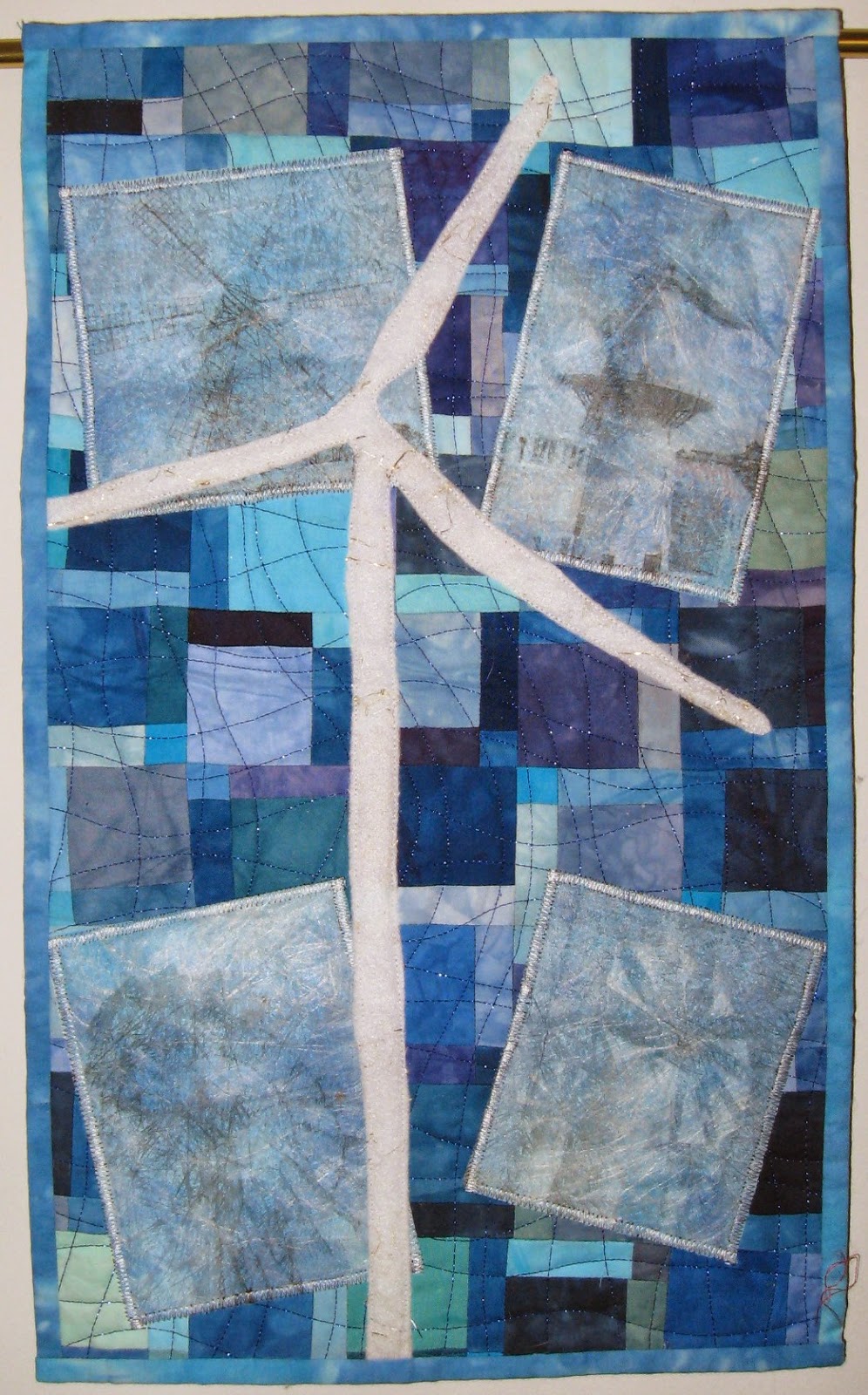 Very cool quilts Julie! So does your husband ever visit WY and all of their windmills? I was just at the local community college the other day and they have a small wind turbine blade in one of the parking lots. And we routinely see the huge blades being shipped on the very long flatbed trucks on the interstate. They make you feel very, very tiny when you're driving by them. :-)

I LOVE the quilt I received & am thrilled to see you love the one you received too! This is one fun swap!!!