Just a couple of photos from yesterday's wanderings...

We were lucky enough to be in town for Rockaway's annual Kite Festival. In addition to choreographed kite-flying exhibitions (who knew? kite-flying with music!) there was a section of single-string giants: 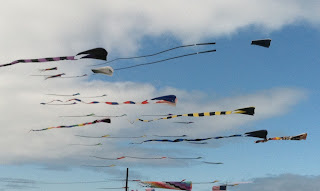 Then down the coast to Newport, where we found these lazy guys sunning themselves:

After getting pretty much nothing done for quite a while, I managed to rally myself to finish (and start!) a few things in the last couple of weeks.

First, I quilted up this  baby quilt from last year's rainbow challenge -- it's about 36" square and will go to the guild's collection to be donated to a local charity 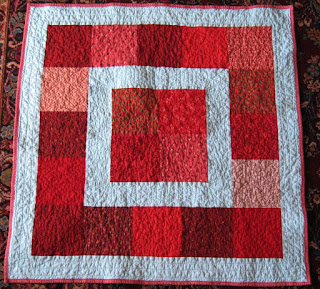 Then I finished this little one called "Midnight Moths" -- most of the blocks came from a birthday swap this February and I'm so happy to have finished it up so quickly! 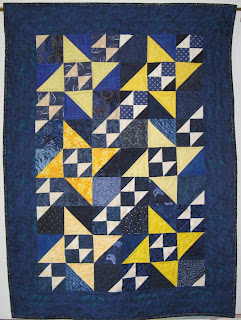 This is called a Wingspan Scarf -- pattern on Ravelry, of course -- that was a really quick knit out of some very cool sock yarn 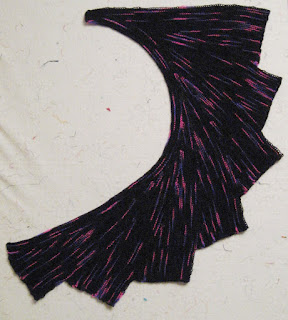 Here's a close-up of the yarn.  It's knit in decreasing triangles and the pattern is very easy. 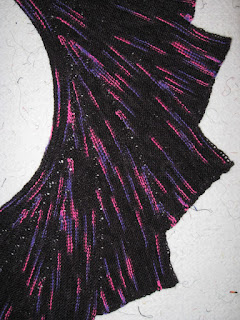 And for something new -- the son of one of my business partners is graduating high school this year, and all my (real or imagined) nieces and nephews get a quilt when they graduate.  Since this kid is an athlete, I'm actually making a quilt in his college colors. It doesn't have a lot of contrast, but I think that's fine for an 18-year-old male! 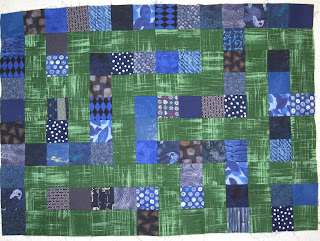 The pattern is "A Charming Maze" from the Moda Bakeshop blog.  The photo is the first two sections out of nine.  I'm using up a ton of blue scraps and small ends on this one!  (it really is square at the corners, it's just that I can't take a square photo...)

Off to Portland and the Oregon coast for a while.  We're expecting some rainy weather and a lot of reading and handwork in between the times when it's reasonable to venture outdoors.


I finally finished something.  For some reason I'm just not doing a lot of sewing recently -- although you couldn't tell that by the huge mess in the sewing room (aka guest bedroom)!  There's a futon/sofa in there with barely room for the cat right now, and the cat is quite thin. 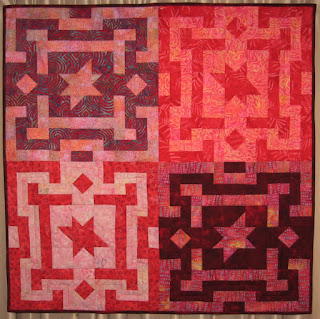 This is from a pattern called "A-Mazed" by A Quilter's Dream. It's supposed to be bigger but 4 blocks was as much as I could handle -- I'm calling it Red Maze and it measures about 35" square.