I've been chugging along getting some projects to flimsy stage the last few weeks, and here are some more for your viewing pleasure! 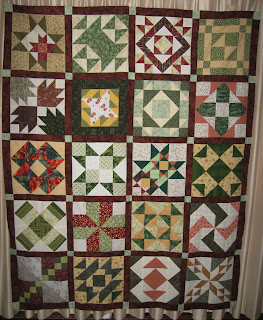 This one is from some of the Friday Block Party blocks I made a couple of years ago; I took all the ones with green in them for this top. It still needs some sort of border but I haven't run across the right fabric yet. 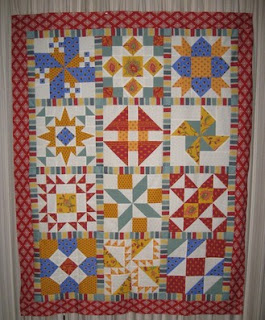 Next up is from a BOM project on a little Yahoo group I belong to. The fabrics are mostly Provence designs I bought in Paris about 7 years ago but I went a little out of line with the sashing and border. 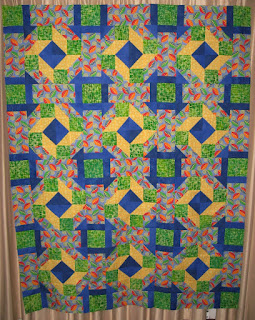 Finally, this is the Christmas mystery from "A Pocket Full of Mysteries" this year -- it's called "Dashing Bachelor".  I think the design is quite clever, but I didn't like the construction method so much, because it resulted in some odd pressing maneuvers and some key seams not "nesting" as I would have liked.

And I am now officially sick and tired of sampler quilts with sashing and cornerstones! Here's to more creativity in the new year...

Right now what really feels like winning is several days without going to work and very few other obligations.  I could get used to this...

But I did actually win something.  I rarely enter the giveaways that are all over blogland because a) they mostly seem pretty futile with hundreds of participants and b) really -- I don't NEED more stuff in my sewing room.  For some reason, though, I entered a drawing for a little FQ bundle of "Wrenly Christmas" on Valori Wells' blog, and I was one of the names that her daughters picked. 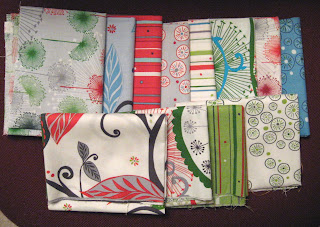 I like that it's festive but doesn't really scream Christmas -- and I love the doodle-y quality of the designs.

Last Call for the Cotton Robin!


This is your last opportunity to sign up for the 2013 Cotton Robin.  If you've been on the fence, now is the time to jump!

Your center block will be due in my mailbox by January 15 -- it can be anywhere from 6.5" square to 9.5" square, or a rectangle with the longest side at 9.5"  (unfinished sizes)

I will be sending out an email to each participant with my mailing address and other instructions next week.

Posted by floribunda at Monday, December 17, 2012 No comments:

I've finished my yearlong Rainbow Scrap Challenge top -- and here it is: 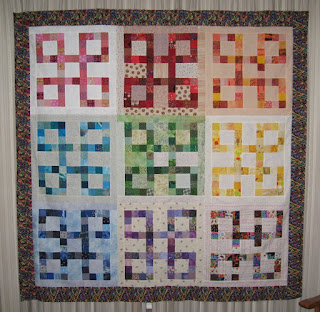 The final knot block ended up being mostly black with multicolor prints, and the border -- I hope -- ties the whole thing together. 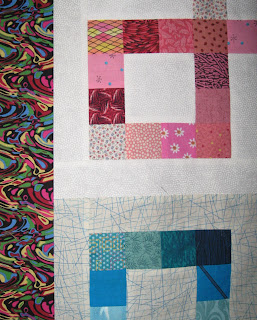 I got sort of tired of making these blocks because every time I had the pieces arranged I'd manage to  get them all mixed up again.  Now it's done, though, I do like it pretty well.  And I have a huge supply of scraps for next year! 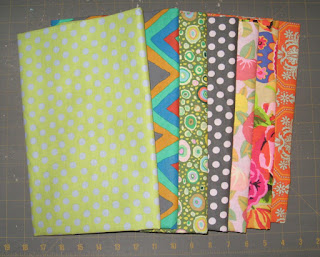 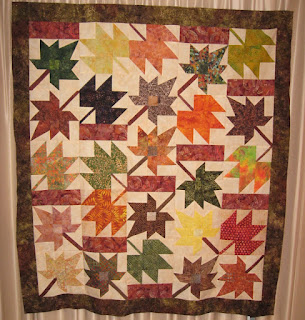 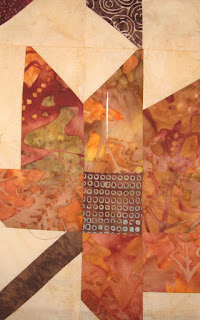 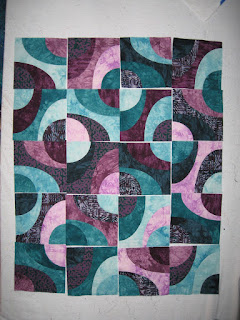 The 2013 Cotton Robin is getting closer!


The 2013 Cotton Robin is coming together, but it's definitely still open for a few more participants!  We have a good mix of new players long with many of last year's.

Here's how it works:
The center block will be due to me by January 15.  I will mix them up and send them out, and then you'll have about 5 weeks to add the first border.

You'll send the project to the next person by the end of February, and you'll have about 6 weeks to add a second border on the one you receive.

You'll send the project to the last person by the middle of April, and then you'll have about 6 weeks to quilts and bind the one you receive before sending it "home" to its original owner.

You'll be able to list some likes/dislikes when you send in your center block, and you can choose to send a very small amount of fabric along if you want to -- no more than 1/2 yard.

Please shoot me a comment or an email if you'd like to join in, and make sure that there's an email address so I can respond to you.