It's been a good weekend for finishing up some flimsies! Three, as a matter of fact -- or maybe 2.9, since one needs a simple border added. 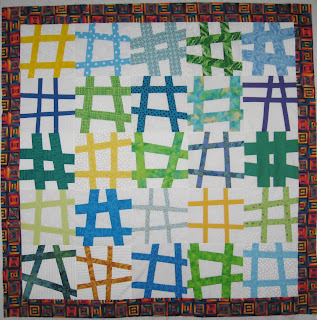 First up is top #2 from the tic-tac-toe blocks I won last year (I think) on the block lotto. The first quilt has been done for a while and I blogged it here. 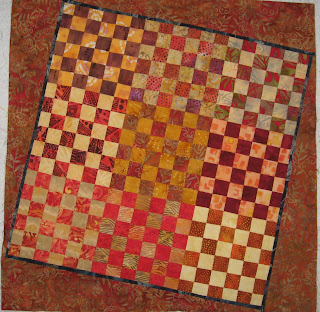 Next up is my finished top for a swap coming up soon -- although I'm liking this a lot and it might be hard to give up...  It measures about 24" square. 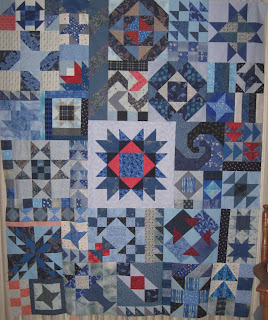 Last but not least is the "Oh My Stars" top (minus the last border) from Planet Patchwork's block of the month this year.  It's been a frustrating project because the blocks are being posted later and later each month, with no explanation, and there are numerous errors that don't get corrected even when they're pointed out...  I finally decided to draft the last few months' blocks in EQ and finish it up on my own.  Have to admit I'm not thrilled with it now it's put together, but I'm hoping to like it better once it's quilted and gifted to one of my nephews!

Posted by floribunda at Sunday, September 11, 2011

Wow, how productive! I loke your stars, maybe it will grow on you, and I bet your nephew will love it. The checkerboard is so tiny! I see why you want to keep it ~
:-}pokey