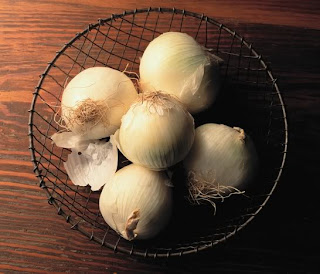 At 11, I called to ask about the internet guys. After half an hour on hold, I was told that the order had been canceled, but they couldn't tell me who canceled it or why. They wanted to reschedule it for Tuesday and I said no -- it had to be Monday because no one was in the office on Tuesdays, and the matter was "escalated" to a manager who would call me back. Of course this never happened and as far as I can tell we're still scheduled for Tuesday.

At the same time, I asked about the status of the phone guys, and after further time on hold, I was told we were "next" on the schedule.

At 2 I called again. The rep refused to talk to me at all because I didn't have the 3-digit code from my phone bill, and I couldn't tell her the exact amount of my last bill. Even though all I wanted to know was the update on the tech visit! (of course they had turned off our existing phone and internet service first thing this morning, and all the papers were in boxes). I asked for a supervisor, and she said she would "escalate" it and someone would call me back. Of course this never happened.

When I got off the phone I accessed my bill-pay on the Blackberry and got the 3-digit code and the amount of my last bill and called back and spent another hour on hold getting to the wrong department, who transferred me to someone in Ohio, who transferred me to someone in California, who assure me we were "next" on the schedule and that she would talk to the dispatcher again to get a better idea of timing and call me back. Of course this never happened.

Then starting at about 4 I called again and spent an hour and a half, mostly on hold, being transferred around (because the number you're supposed to call for business service does not ever get you to the right department no matter what you yell into their automated system) and reached a very sympathetic woman who said a) they had no idea what happened to the tech and they were worried that he had gotten into an accident and b) finally got the dispatcher to promise that I would have the very first appointment on Monday and that they would waive all installation charges that might otherwise apply.

The highlight of the day was the end of the first call, where after telling me that they had fucked up my internet service, could they sell me on buying cellphone service from them instead of wherever I currently had it? Then the 2 pm call rep started to ask the same question... she got an earful!

I was very good. I managed not to cry. And I didn't swear at them, which was REALLY hard to do. Altogether, I logged at least 3 hours on my cellphone with them.

But after all this, I know that it's not over. The tech is going to show up late on Monday, and he'll decide there's some problem he can't deal with. It turns out that one of my colleagues will be there on Tuesday and she will have the pleasure of dealing with the internet guy (it turns out that they couldn't install the U-Verse service if the phone line wasn't already in, so it's just as well that got screwed up -- but why didn't they know that when they set up the appointments the first time?)

And if anyone asks, will you tell them that I gave excellent service? As if...

*photo from http://media.photobucket.com/image/onions/JennMann1/onions.jpg?o=33
Posted by floribunda at Friday, April 15, 2011

Oh god, I feel your pain! That sucks big time!! Here's hoping that perhaps you'll get a semi-intelligent tech for your installation on Monday. Have a good weekend!!

O my goodness! Remember the days when you could get someone and get help all in one spot practically? Wow. If anyone asks...

I've dealt with AT&T so I truly understand what you are going through. I hope it all manages through somehow.

I'm not sure why they keep trying to sell you new stuff instead of taking care of the problems you have first. But if you do ever say yes to one of their offers, know that the sales people are not required to be honest, so whatever good deal you think they are offering isn't what you will wind up getting anyway, and you will wind up calling them again to cancel and get your money back. Wait, maybe they are just insuring their job security.

Oy. I feel your pain SO intensely. I hate this.

Oh, my! We just had U-verse installed yesterday. I don't know whether I'm glad or sorry I didn't see your story first. So far, so good, for us. But I feel your pain. We've had nothing but problems with ATT's billings on the land line bill in the past, and the cell phone stuff has been problematic sometimes, which is why we didn't do U-verse until forced to. If problems continue with the new set up, my husband will not be fit to live with.

On my!! You didn't swear - you deserve a big gold star for that. Whatever happened to customer service? Hope that they can get it all fixed on Monday.
cindy

It's almost unbelievable, isn't it, Julie? Except it's become almost inevitable when dealing with AT&T. I just can't believe they continue to get away with their completely unacceptable behavior...maybe it's time for a revolt!

Oh dear, what a nightmare. Martinis were definitely in order after a day like that. You may want to lay in supplies for Monday as well.

OMG, what a horrible nightmare. I don't have to deal with AT&T, they don't offer services here or have cell coverage, but I've had my share of issues with another phone company, but not like your issues of course! However don't get me started on Home Depot...

This just seems to be business as usual for ATT. I don't know how many tries it took me to get my home phone set up the last time I moved.

Are they still answering their phone "How may we provide you with excellent service today?" That drove me bonkers, I tell you what. I can't remember if I ever actually said, "Sorry, that ship has sailed. Let's aim for competent service, and see how we do," but I certainly thought it!

I’m sorry to hear you’ve been having so many problems with a service you pay for. I finally got tired of the corporate mistreatment four years ago and made the switch to DISH Network. Now I have access to the most HD channels in the industry, award winning equipment with the largest DVR hard drives available, and best of all, I save anywhere from 100 to almost 170$ a year just by being a DISH customer/employee compared to what I’d pay as a U-Verse customer.

I know exactly what you went through. AT&T is retarded. I moved about 18 days back and they have still not been able to transfer my service. They took 14 days to get a guy out there to hookup a line. but since then have not been able to figure out how to activate it. When i call them, after about 30 minutes of wait, each tech tells me something different. One tells me he needs to delete my old account and create a new one, while another tells me the account will activate tomorrow, while the other tells me I dont have an account with AT&T anymore. This is ridiculous, I am just going to call my local cable operator and get my internet service through them. They would take about 3-4 days to start new service, I have waited for ATT to get its act together for 18 days, but even now they have no clue about what is going on. ATT is such a waste of time!