I sewed together my birthday blocks from a swap last year -- this little Yahoo group has been doing the swap for many years now and this was one of my favorites. I sent out pieces of the focus fabric that I'd bought in Hawaii because it reminded me of lava, and got back these cool blocks! 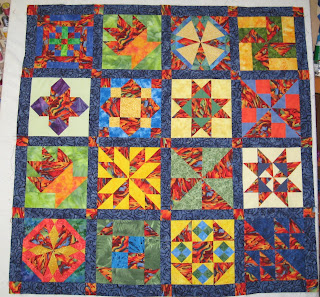 Today was the Diablo Valley Quilters show in hot-hot-hot Danville. Libby had at least one quilt there, and Sharon showed a round robin. My friend Catherine had several, including this delicious neutral confection: 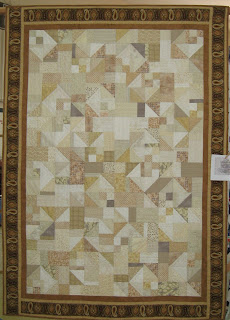 Gratuitous Bucky photo -- the heatwave seems to have taken away even his urge to chase lizards! I feel the same way... 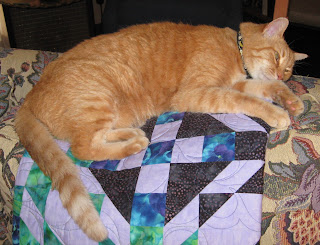 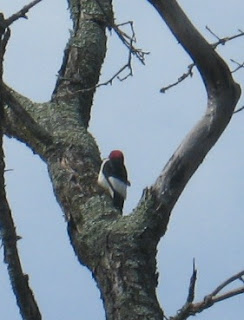 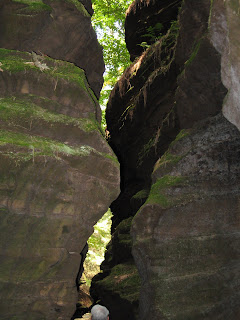 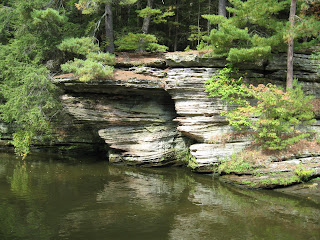 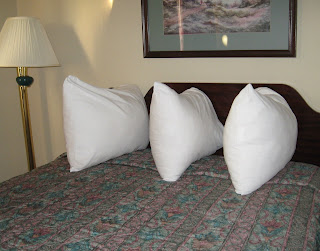 It's great to come home from a trip and have a 3-day weekend still in front of you! Too bad it's the 3rd day already...

Here's a picture of my main collage project from Asilomar -- this was before all the stitching was done and before it was washed. I'll post another picture when it's finished off with embellishments, but that will probably be towards the end of the month. DH and I are heading to Wisconsin on Saturday for a visit with his family for a week or so, in Madison and at the Dells. 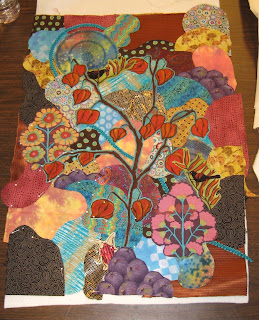 This is a close-up of the sheep in my sample piece that I showed in the last post. All the animals and plants in the piece were fabrics I bought in New Zealand last fall. 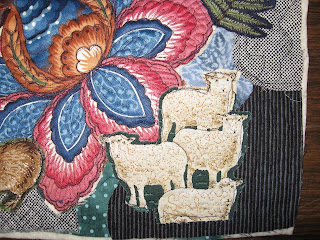 A little of the wildlife at Asilomar -- Mom seemed a little wary of the people standing around, but not wary enough to take a different route through the park with her fawns! 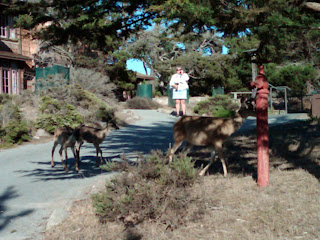 We went in to Pacific Grove a couple of times -- there is an excellent quilt shop (BackPorch Quilts) and a great yarn store (Monarch Knits). In addition, this whale of a sculpture in front of the local museum, along with my sister! 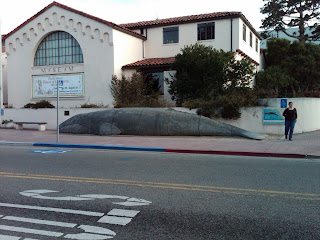 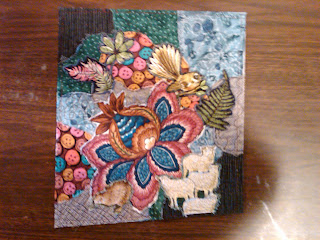 Okay, so I really am plugging away at a couple of projects in Rosemary Eichorn's class. She's a terrific teacher, by the way...

The photo attached (hope it's right side up) is a small collage that was my practice-stitching piece. I'll have another piece to show when I get home.

I can definitely recommend the Asilomar / Empty Spools experience! Already thinking about when I can come back and whose class to take...
Sent from my Verizon Wireless BlackBerry