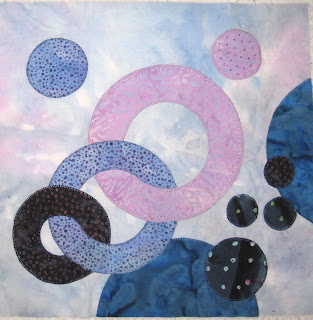 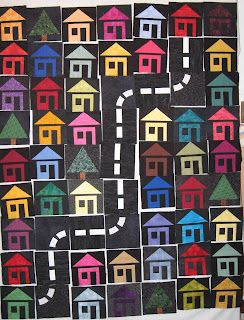 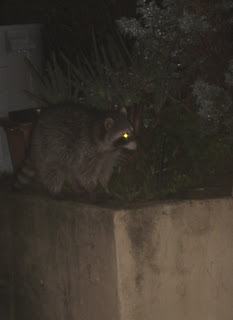 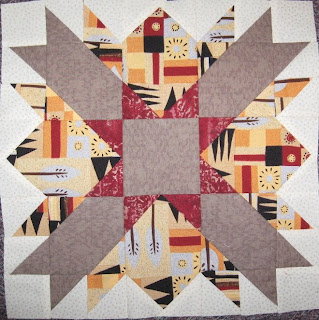 Posted by floribunda at Wednesday, February 18, 2009

I love the swap block. What a great use of circles.

The Amish village is starting to look really good.

Lovely stuff. The Amish quilt will be brilliant - I never would have thought of adding trees and roads - inspired idea !

The road in the Amish quilt is very inventive. Circles look great (why do I dream of donuts?)and theat last block looks like it might have hurt!

Have a good trip.
Thanks,
Libby

sorry about that typo-I meant of course the last block!
Libby

I really like what you've done with the circles. Lucky you to go to Europe. Where will you go? I really want to go back to Paris. Sigh.

Wow, you have been busy! The sweater is lovely and the Amish village looks great with the road and trees.

"my lucky stars" turned out wonderfully! you are my quilting hero :-)

Congratulations on the sweater, and the other projects as well. I love the Amish houses particularly.

The road thru the Amish houses really turns a good guilt into a great quilt!

ANd that block with the wierd fabric - hey you used that odd fabric very well. 8-)

I LOVE how your Amish houses are set....also, love your sweater!
You have quite a selection of items pictured this post.

Have a safe trip

Happy dance of joy happening here :) I can't wait to get that gorgeous circle block in my hot little hands... lucky, lucky me. Thank you!

Wow, you've been busy. The color of that sweater is just to die for -- and it sounds like it feels as good as it looks. Just lovely. Have a wonderful trip! I hope you get a chance to have some fun and don't have to work the whole time.

The circle block looks great - I haven't started mine yet, though an idea is forming in my mind...

And I'll echo what Helen said - Safe travel - I'll see you on Thursday!