Home at last -- the 20 hours of airports and airplanes yesterday was no fun! The good part was that one of my business partners has a SIL who's a senior flight attendant on the run we were on, and she arranged to bump us up to "economy plus" and alerted one of her colleagues to bring us a glass of "good" wine from the front of the plane as a supplement (or antidote) to the cheap swill they offer in economy. 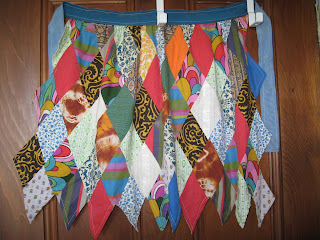 I thought I'd include just a few random photos from the trip, in no particular order. I'll do more later on. First, up above, is the first patchwork I ever did, in 1968 -- I was 16 and I made this for my sister as a wedding shower gift. All the fabric was from other clothes I'd made; the ivory textured stripe was from my sister's wedding dress, and the orange floral (top center) was from my 7th grade home-ec apron! Pretty eclectic selection of styles and colors there... 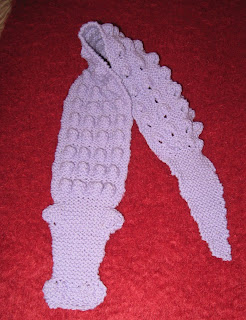 You may remember this from earlier this year... or maybe late last year. It's a Baby Crocodile scarf, finally finished, for my youngest niece. 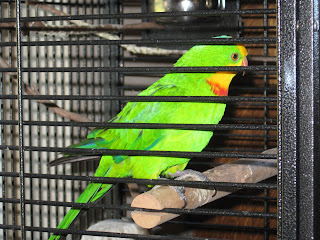 My sister has a huge number of animals, including a bunch of birds in the house. This one is called "Redbird". I spent way too much time trying to teach him to say "I'm Green!". He's a Superb Parrot, and a real cutie.

And below are just a few of the outdoor birds -- a flock of old turkeys who are apparently too tough to eat. They gobble in unison, about every thirty seconds or whenever something startles them, whichever comes first. Very amusing... thank goodness their coop is on the other side of the house from where guests sleep! 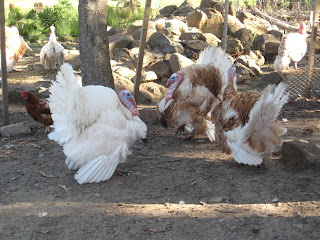 I think I mentioned walking across a swing bridge with my eyes closed half the time -- well, here it is. I do NOT like heights! Too bad you can't see how deep the gorge is here. This was is Abel Tasman park on the north edge of the south island of NZ. 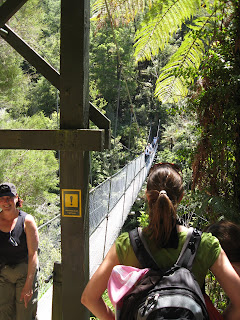 Next up -- this was on a trail to "the center of NZ", in Nelson. There's a small monument at the top of a very steep hill. I paused at this sign, trying to catch my breath, about halfway up. For some reason it just struck me as worth a photo. 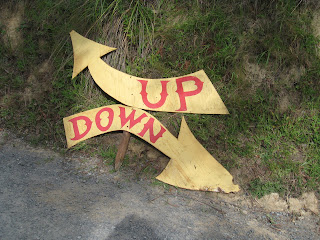 Nelson seems to be the peony capital of NZ -- these were in the entry hall of the B&B we stayed at, but they were everywhere else, too. I've never seen such beautiful flowers, and I'm jealous because they just don't grow well in my part of California. 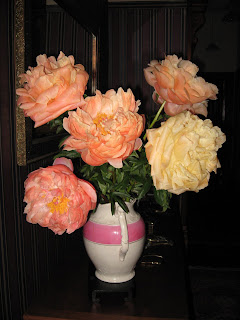 That's probably enough for now, right? I notice that this is post #200 -- which certainly merits a give-away of some sort. So, watch this space for an announcement in the very near future!

Glad to see that you are back in one piece

No not enought - keep it coming!( In particular the name and number of your SIL!)

What great pictures! The peonies are absolutely gorgeous!!

Sounds like such a wonderful trip! New Zealand must be an incredible place. Loved seeing your first patchwork, too. And the crocodile scarf is really cute!

Welcome home, GF. And thanks for the photos -- they're great!

I admire your willingness to walk across that bridge - I don't think I could do it!

Mama from http://www.sirpriz.com from france
Make friends and swap gifts

I absolutely love that alligator scarf!!