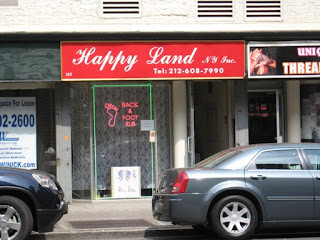 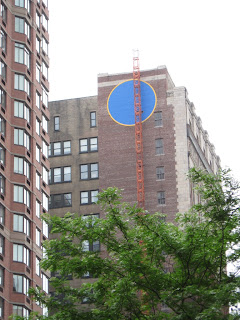 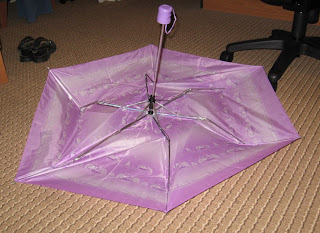 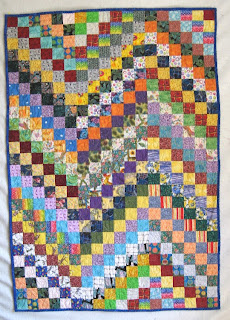 One little bit of quilty progress to show -- this is my second Baby Bargello, and the very first thing I quilted on the Handiquilter. Good thing you can't see the quilting too closely, and good thing babies probably don't notice that kind of detail! I'm going to save it for 40-quilt charity project later in the year. The pattern comes from Quiltville, of course!
Posted by floribunda at Tuesday, June 19, 2007 7 comments:

What Finger Are You?
thanks to Teri for this one!
Posted by floribunda at Sunday, June 17, 2007 2 comments:

it's Saturday Night! I'm here in the big apple for business meetings on Monday and Tuesday, but I came today so that I'll have all day tomorrow to wander around, hit Purl Patchwork and City Quilter and MOMA. I haven't been here for about 12 years.

It's hot (why do I keep ending up in really hot places lately?)

The company I'm meeting with is paying my way, and they've put me up at the Millenium Hilton. I knew it was downtown, but I didn't really think about the actual location until I looked out my 15th floor window directly down on "ground zero" -- the World trade Center site. yikes! I hadn't really made up my mind about whether I wanted to see it, and here it is. 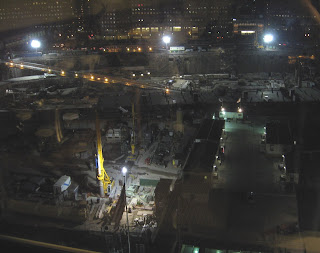 I'm not quite sure what they're doing, but there's a lot of activity -- they didn't completely stop working until about 9 pm tonight.

Nothing really quilty to report. I haven't done anything since last weekend's retreat except to load my charity quilt back on the the handi-quilter for another go, now that I've sort of figured out the thread/tension thing. Luckily, I only had to frog-stitch one 4-inch swath of bad quilting!