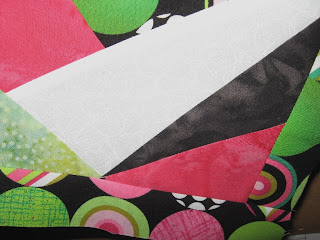 Good thing they didn't take up permanent residence....you wouldn't want to sneak up on them late at night.......eewwoooeee!

If your partner doesn't like it, I sure do! Those are my colors. Glad your "friends" have moved elsewhere for everyone's sake.

Bye, bye stinkers!
I love the colors in your quilt. I would love it, that's for sure.

I agree... those colors are yummy!

Glad the skunks moved without leaving something behind to remind you of them! LOL